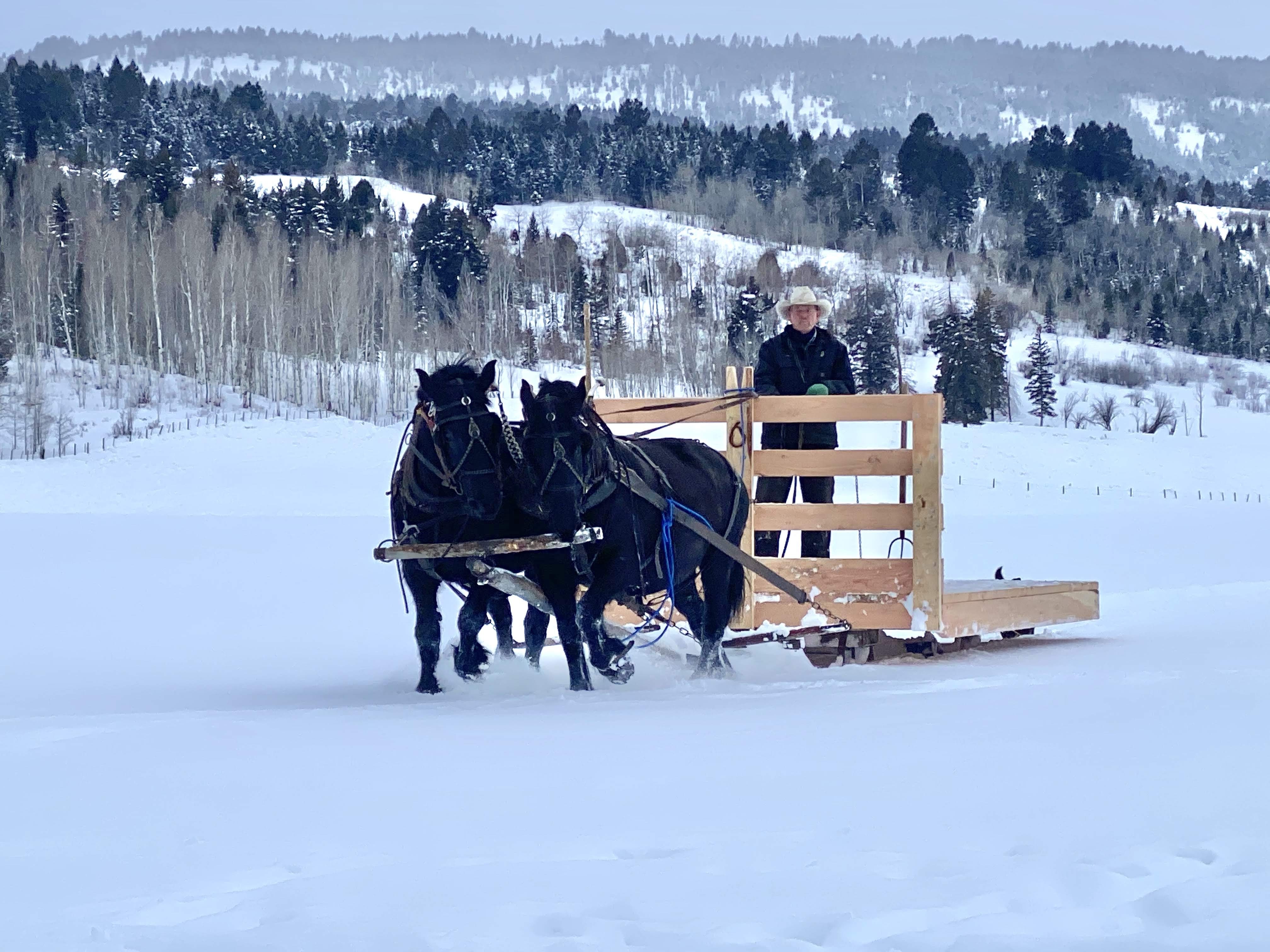 I'm going to share something a little different today. I'm going to give ya a little peak into what I've been up to the past couple weeks.

The sleigh we have is older, and Ken built it in 1980. We decided a week ago to rebuild it. We tore the old rack off, which was still partly salvageable, and we will put it on our older wagon sometime.

The runners, beams, rave irons and knuckles were all still good on the old sleigh, so we just needed new bunks and a rack. We had a local guy mill the lumber for it, and it's all doug fir wood. 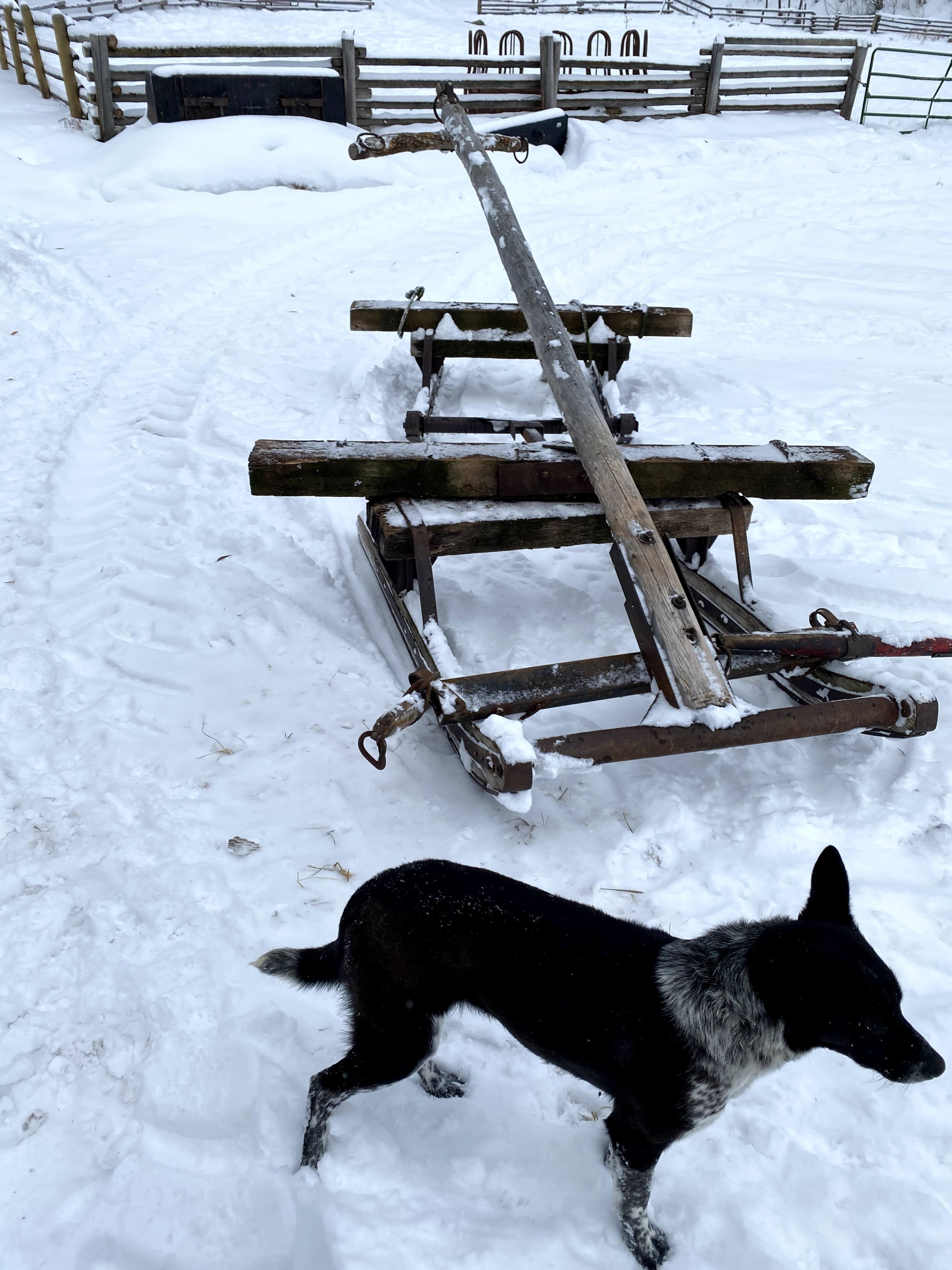 We have been working Black 1 and Black 2 the past couple years, and they were ok. Black 1 was a fantastic work horse, but he died last March. Black 2 is a Percheron/Thoroughbred cross, and he's just too hot to be a good feed work horse, but we've been using him because it's all we had. We bought a mare for a brood mare a couple falls ago. She was 13-14 years old and had just been running loose and raising colts. She was halter broke and that's it. She had zero manners and would waller all over us when we bought her, but that changed on day 2. We packed salt on her all summer, got her to where you could handle her feet, and she now is very well mannered.

We got her started to drive last winter before Black 1 died, but barely. After he died, we just turned the team out because we were in the middle of calving and didn't have time to do it right.

So we got Black 2 and Bird (the new mare) in about the 1st of December and started working them. They did ok, but you need a good, quiet horse to break a new one properly. So I hunted around and found a mare that was broke to drive and bought her. We named her Bess. Anyway, they have only worked together 3-4 times and are doing great. Bird is a natural workhorse (more on what that means in another post). However, just like starting colts to ride, generally about the 3rd day is the day they will "pull something" on ya.

Yesterday was Birds day to try it. We had fed 2 loads of hay, Ken driving and I forking it off. We were headed back to the stack for the last load when Bird grabbed her ass and we had a little runaway. We were close enough to deep snow that Ken was able to get them out in it then we just let them run. It' doesn't take long to let the air out of one in a few feet of snow. Ken kept them going even after they wanted to stop to ensure ol Bird that the "runaway" was Ken's idea and not hers.

We finished feeding without a hiccup, but when we got back to the barn, we rigged up a modified Running W. A true running W has a half hobble on each front leg, but Ken figured we could get by with 1 where there were 2 of us.

That's a half hobble with a ring in it that buckled around Birds ankle with a rope tied to the ring and run up through the belly band and back to the hay rack.

This morning when we went to feed, we started a little earlier to do some "training" to prevent ruining a good horse and busting a bunch of stuff up. The pictures aren't the best, but will give ya a little idea.

Anyway, Ken was driving and it was my job to hold the tail of the rope tied to Birds front leg. She was a little on edge to begin with, and it didn't take long before she decided to try to run one more time. The second she did, Ken hollered WHOA and I pulled the rope tight which picked her front foot off the ground and parked her in 0.002 seconds flat. A regular running W would take both front feet off the ground.

It doesn't hurt the horse at all, but it does teach them what WHOA is and if you can never let them have a true runaway, you'll win. If a team has a true runaway, its almost impossible to break them of it or to trust them.

We then went and fed without a bit of trouble and had a nice, quiet morning. We will see how this afternoon goes. Yes, we feed twice a day because our cattle do better, I enjoy it, and there's not a lot going on now anyways. You just as well be doing something as nothing.

We will keep the modified running W on her for another day or two, but she's smart enough, we probably won't have any more trouble. Never let a horse, person or anything get the edge on ya in life.

You might have to put a running W on a situation in your life. Always keep the edge! 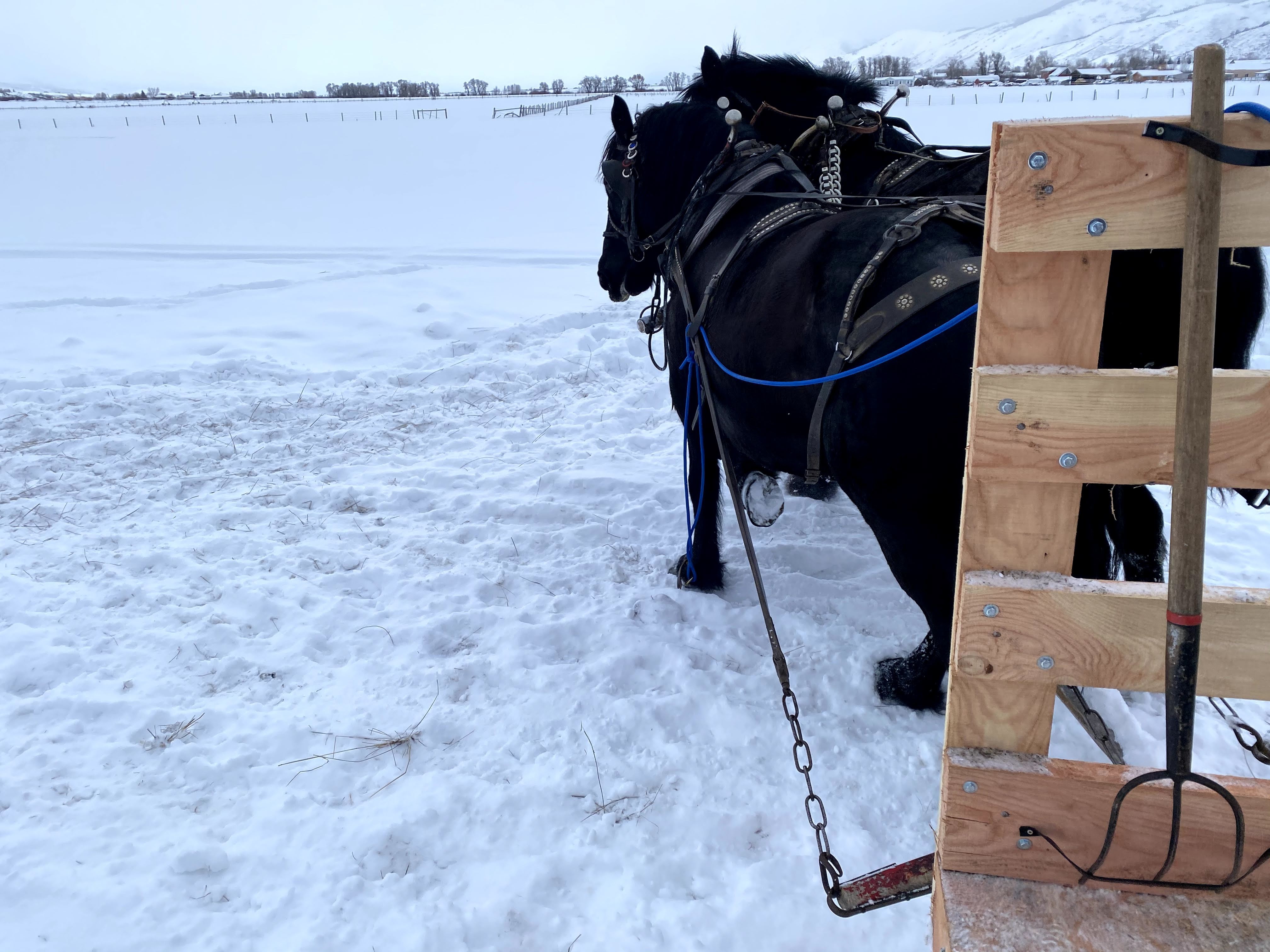 Is your Life Draining or Fulfilling you?